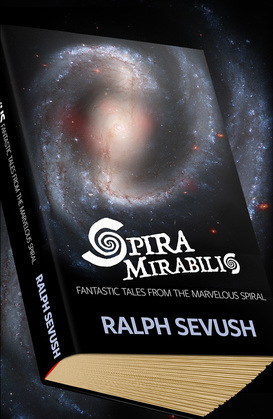 ​The tales in Spira Mirabilis employ a variety of storytelling techniques, styles, lengths and genres to re-invent a wide range of ancient myths and legends, including: a golem for hire, in a battle with an agent of God -- Picasso’s tragic bargain with a satyr in post-war France -- sex, bugs, and academia on the verge of the apocalypse -- Gilgamesh retold as a tall tale of the old west -- robot love and revenge on a mining asteroid -- a Japanese wizard, the A-Bomb and time travel after WW II’s Battle of Saipan -- a phoenix and an infant escaping from a dying world in a parallel universe, and -- Arthurian lore re-conceived as Lovecraftian horror, playing out  in our modern world.  Violent, funny, poignant and romantic, in varying proportions, these tales are also about the act of telling the story, and the storyteller, too.

Why "Spira Mirabilis?"  Latin for "miraculous" or "marvelous" spiral,  it is the name given by mathematician Jakob Bernoulli to the logarithmic curve with a uniquely "miraculous" quality: though the size of the spiral increases, its shape remains unchanged by each successive curve.  As a result, the Spira Mirabilis has evolved in nature, appearing in certain forms such as the arms of spiral galaxies and hurricanes.

According to the author, “myths arise in different contexts throughout human history. They expand and evolve, yet, like the Spira Mirabilis, they remain essentially the same. And this is likely so because WE remain essentially the same, give or take a millennium. Whether in an isolated aboriginal society or in a multicultural metropolis, we spin stories throughout time that are similar, despite their differences in local tailoring. Why? We may be hard-wired for it. After all, our self-awareness is one of our defining traits as a species. Perhaps we have evolved because of an innate need to bring order out of chaos, to find meaning in random occurrence, and to understand our place in the universe.   Stories are how we explain ourselves to ourselves and, despite our thin veneer of civilization, we haven’t changed all that much since we first emerged from the cave.”
Praise for the Spira Mirablis collection:​ 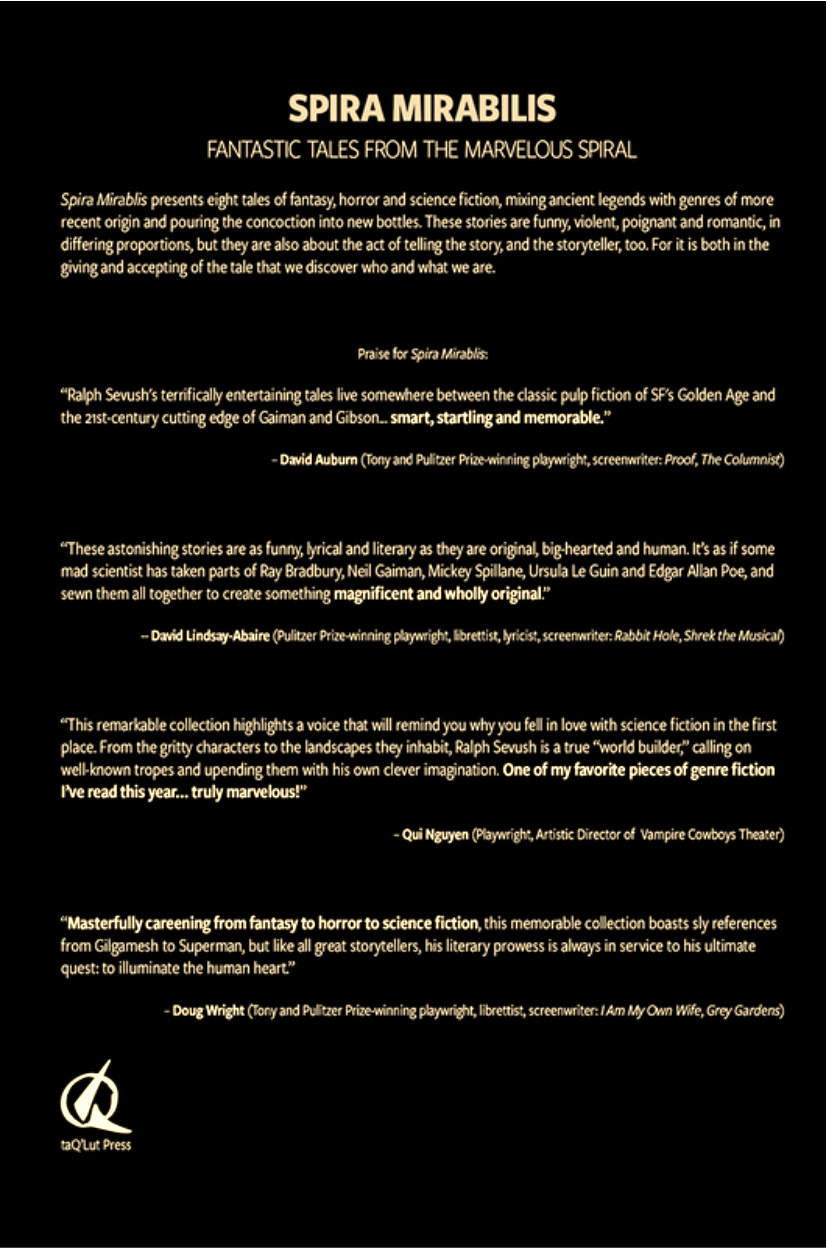 “… leads readers on an imaginative tour of pulp genres and popular mythology. Overall, these stories are grand, world-building genre pieces... Sevush displays great facility with the rhythm and lexicon of the various styles he assays. A rollicking, good-spirited ride…”
-- Kirkus Reviews

​“9/10 rating… That’s some good stuff right there…not a bad story in the bunch [and some of them] still resonate. Recommended.”
--SF Reader.Com 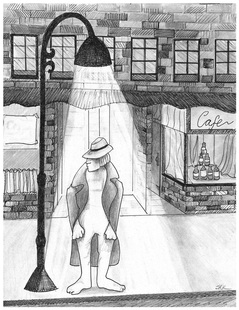 In this hard boiled novelette of occult fantasy, an ex-cop and a junkie are hiding from their past
when a mysterious figure they barely remember finally shows up to close the deal. ​  Emmett first appeared in the webzine Abyss & Apex (April, 2006), where it garnered the following reviews:

"[Ralph Sevush] guides us into this grimy, violent world with a wonderful turn of phrase and a bravura approach to structure. Combining conversations, first person narrative, and excerpts from texts, he weaves the story together through Emmett and Joey’s very different perspectives. It’s a real high wire act and one which could sink the story at any time, but Sevush manages it wonderfully. The two men speak completely differently, and the tone of their sections is both recognizable and unique. That tone is maintained in the parts they share, and Sevush has an ear for easygoing banter and hard-boiled dialogue. The rhythm of the piece is perfect here, bouncing the reader along and building momentum as it goes. Combining elements of fantasy with hard bitten crime, the end result sits somewhere between Neil Gaiman and the late, great Mickey Spillane. The payoff is no disappointment either as Sevush subverts the reader’s expectations in a highly entertaining way. The end result is both funny, compassionate and a thousand miles away from where you expect it to be. And it’s all done with absolute confidence and authority. Laconic, witty, and unique, Sevush filters [his themes] through the conventions of hard-boiled crime and film noir… blackly funny and hugely entertaining, one of the standouts in an extremely strong group of stories...."    -- Alasdair Stewart, Tangent Online
and:
​…two stories in particular stood out for me this year, [including] Ralph Sevush’s `Emmett, Joey, and the Beelz’, a novelette from the Second Quarter issue ... Sevush’s story is a fine version of the Golem tale, amusingly set among the criminal element in contemporary New York, and making the Golem a Mets fan.”  -- Richard Horton, Locus
​Mr. Horton also included Emmett in two of his “Best of” lists for that year: “2007 Best SF/Fantasy novelette” and “2007 Best Online SF/Fantasy."​

Emmett was then published on actual paper by Kaleidotrope (October, 2008), and later produced as a podcast by
​Dunesteef Audio Fiction (June, 2011). It was reprinted again in The Alchemy Press Book of Pulp Heroes, v.3, a British anthology trade paperback (Alchemy Press / September, 2014)  and the print anthology The Best of Abyss & Apex, V.2  (2016).
​​ 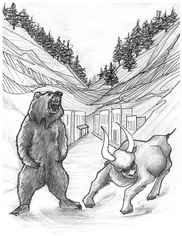 A novelette that reconceives the ancient legend of Gilgamesh as a tall tale of the Old West.
A shorter version of the story was first ​published by the webzine Scareship (December, 2012)
and later reprinted in the e-zine 9Tales From Elsewhere, v2 (February, 2015). 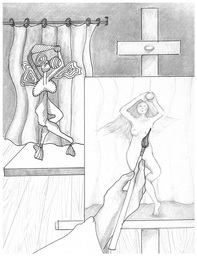 An alternate history of Picasso’s life, loves and work in the south of France after World War II,
and the ​tragic bargain he makes there with a satyr, on behalf of the Greek god of wine and revelry.
It was published by ​Cycatrix Press in ​​A Darke Phantastique: Encounters with the Uncanny
​and Other Magical Things… (October, 2014), ​​a hardcover anthology of dark fantasy. 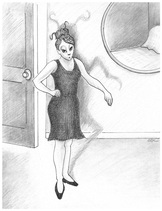 “Survivors in the Dark”

Flash fiction about sex, bugs and academia
​on the verge of an environmental apocalypse.
It was ​published by the webzine Everyday Fiction (April, 2014).
​ ​​The Spira Mirabilis collection
also premieres the following  new stories:​
​ 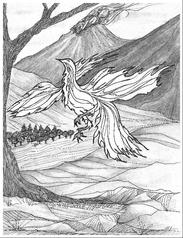 “The Firebird: A Fairy Tale”

​A short fantasy about a mage, a phoenix, and a superhuman infant
trying to escape a cataclysm on a dying world​ that
​exists in a universe parallel to our own. 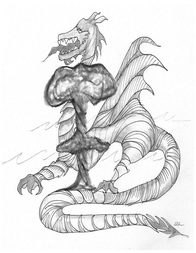 In this novelette, a classic Japanese folk tale is combined with
events from World War II's Battle of Saipan and its nuclear aftermath,
​as told by a young wizard caught in the middle. 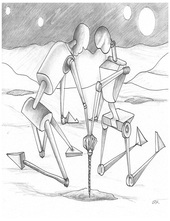 A short story inspired by the myth of Isis and Osiris,
this is a tale of robot love, procreation and vengeance
on a mining asteroid at the outer rim of the galaxy. 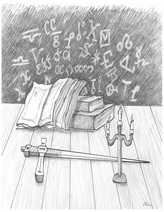